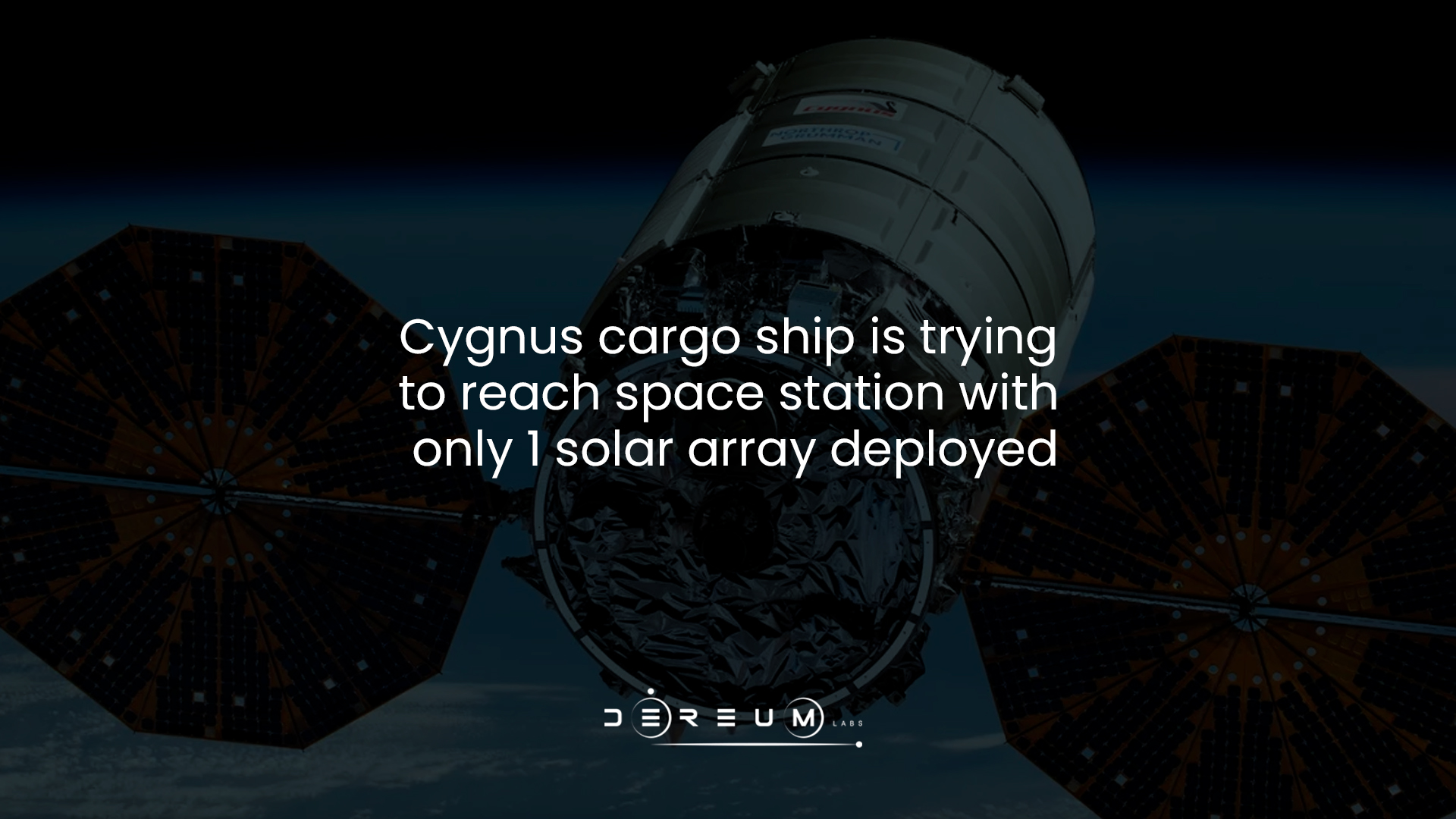 Northop Grumman’s robotic Cygnus cargo ship launched toward the ISS this morning (Nov. 7) from Virginia, packed with more than 4.1 tons (3.7 metric tons) of food and other supplies for the astronauts aboard the orbiting lab.

The launch went smoothly, but Cygnus encountered some trouble after separating from its Antares rocket ride: The freighter has managed to unfurl just one of its two solar arrays.

Mission team members are working to troubleshoot the glitch, but Cygnus may still be able to power its way to the space station for a scheduled Wednesday (Nov. 9) meetup even if a fix isn’t found.

«Northrop Grumman has reported to NASA that Cygnus has sufficient power to rendezvous with the International Space Station on Wednesday, Nov. 9, to complete its primary mission, and NASA is assessing this and the configuration required for capture and berthing,» NASA officials wrote in a brief update today.

This Cygnus vehicle, named the SS Sally Ride after the first American woman to reach space, will deliver more payload by mass to the ISS than any previous Northop Grumman freighter, if all goes as planned.

Among the many science experiments flying on the cargo ship is a 3D printer known as the BioFabrication Facility), which is designed to print organ-like tissues in microgravity, and a study that will assess how the space environment affects ovarian cells.

Cygnus is one of three robotic spacecraft that currently ferry cargo to the ISS, along with Russia’s Progress vehicle and SpaceX’s Dragon capsule.

Cygnus and Progress are expendable craft that burn up in Earth’s atmosphere when their time in orbit is up. Dragon, by contrast, returns to Earth in one piece for future reuse.

We recommend you: Last Chance to See Total Lunar Eclipse Until 2025!