Flashes on the Sun Could Help Scientists Predict Solar Flares 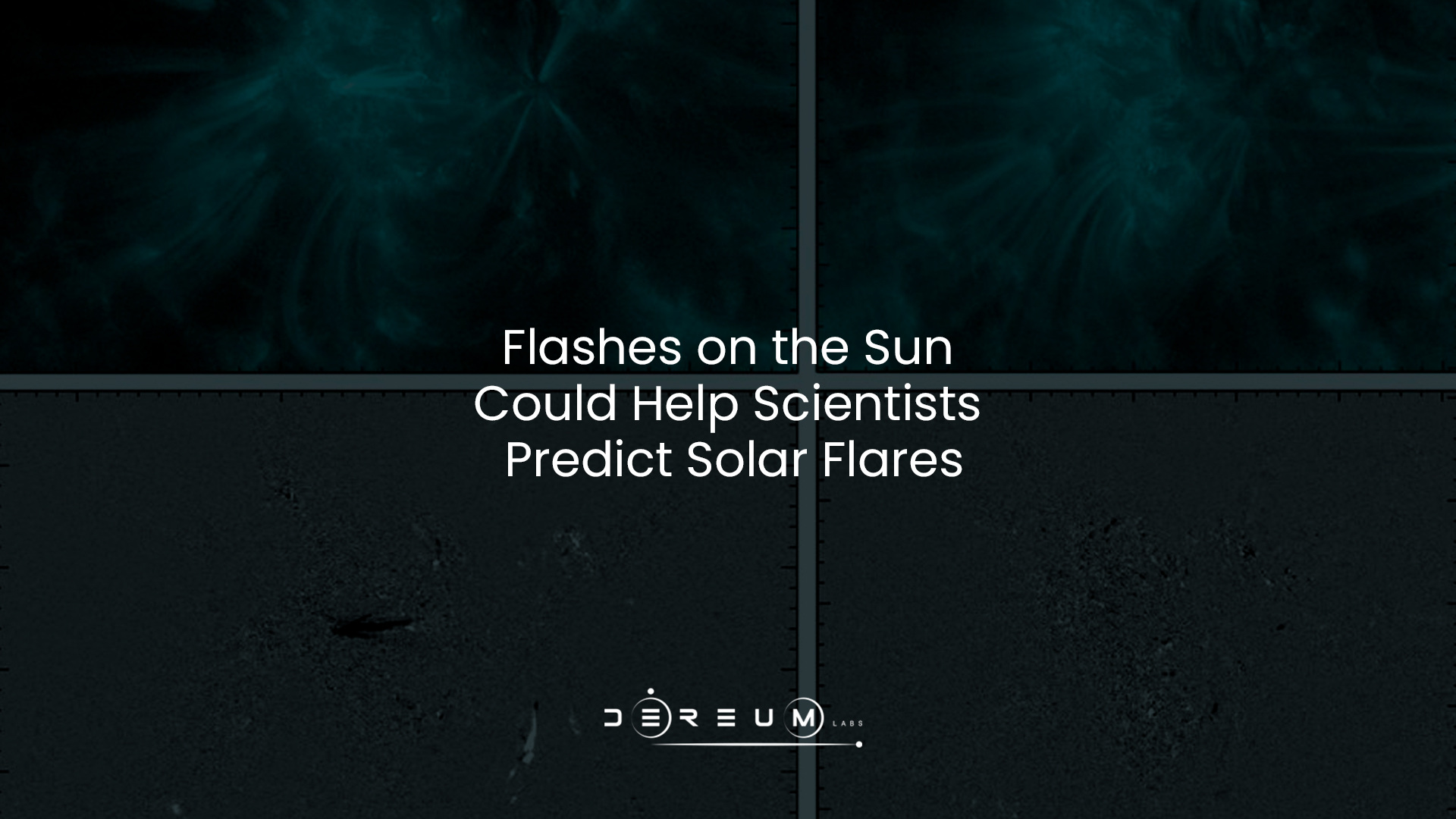 In the blazing upper atmosphere of the Sun, a team of scientists have found new clues that could help predict when and where the Sun’s next flare might explode.

Using data from NASA’s Solar Dynamics Observatory, or SDO, researchers from NorthWest Research Associates, or NWRA, identified small signals in the upper layers of the solar atmosphere, the corona, that can help identify which regions on the Sun are more likely to produce solar flares – energetic bursts of light and particles released from the Sun.

They found that above the regions about to flare, the corona produced small-scale flashes – like small sparklers before the big fireworks.

Scientists have previously studied how activity in lower layers of the Sun’s atmosphere – such as the photosphere and chromosphere – can indicate impending flare activity in active regions, which are often marked by groups of sunspots, or strong magnetic regions on the surface of the Sun that are darker and cooler compared to their surroundings. The new findings, published in The Astrophysical Journal, add to that picture.

“We can get some very different information in the corona than we get from the photosphere, or ‘surface’ of the Sun,” said KD Leka, lead author on the new study who is also a designated foreign professor at Nagoya University in Japan. “Our results may give us a new marker to distinguish which active regions are likely to flare soon and which will stay quiet over an upcoming period of time.”

Two images of a solar active region (NOAA AR 2109) taken by SDO/AIA show extreme-ultraviolet light produced by million-degree-hot coronal gas (top images) on the day before the region flared (left) and the day before it stayed quiet and did not flare (right). The changes in brightness (bottom images) at these two times show different patterns, with patches of intense variation (black & white areas) before the flare (bottom left) and mostly gray (indicating low variability) before the quiet period (bottom right).Credits: NASA/SDO/AIA/Dissauer et al. 2022

For their research, the scientists used a newly created image database of the Sun’s active regions captured by SDO. The publicly available resource, described in a companion paper also in The Astrophysical Journal, combines over eight years of images taken of active regions in ultraviolet and extreme-ultraviolet light. Led by Karin Dissauer and engineered by Eric L. Wagner, the NWRA team’s new database makes it easier for scientists to use data from the Atmospheric Imaging Assembly (AIA) on SDO for large statistical studies.

“It’s the first time a database like this is readily available for the scientific community, and it will be very useful for studying many topics, not just flare-ready active regions,” Dissauer said.

The NWRA team studied a large sample of active regions from the database, using statistical methods developed by team member Graham Barnes. The analysis revealed small flashes in the corona preceded each flare. These and other new insights will give researchers a better understanding of the physics taking place in these magnetically active regions, with the goal of developing new tools to predict solar flares.

“With this research, we are really starting to dig deeper,” Dissauer said. “Down the road, combining all this information from the surface up through the corona should allow forecasters to make better predictions about when and where solar flares will happen.”

We recommend you: NASA’s Webb Telescope Reveals Links Between Galaxies Near and Far