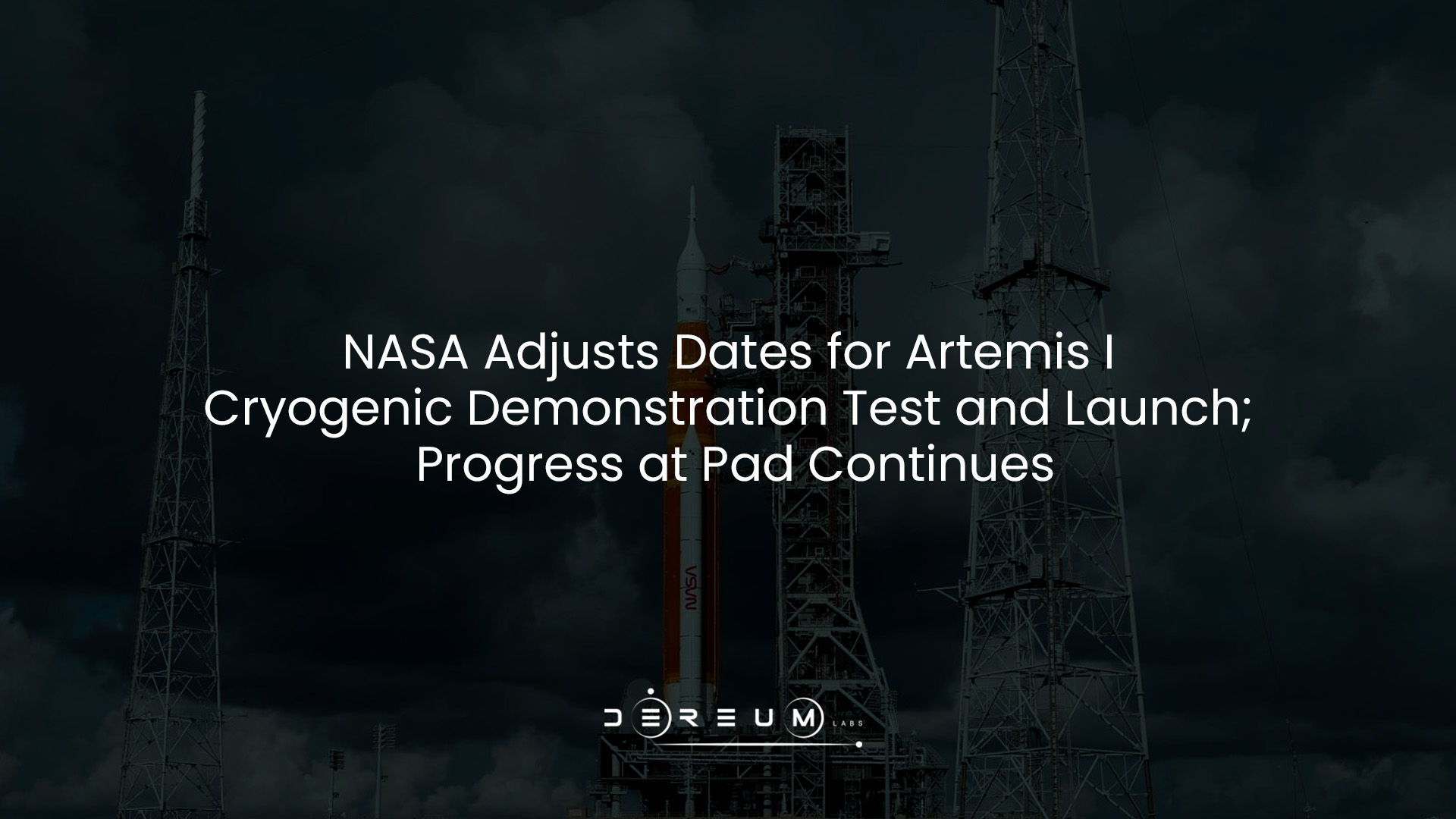 NASA has adjusted the targeted dates for a cryogenic demonstration test and to the next launch opportunities for Artemis I, the first integrated flight test of the Space Launch System rocket and Orion spacecraft beyond the Moon. The agency will conduct the demonstration test no earlier than Wednesday, Sept. 21, and has updated its request for a launch opportunity Sept. 27, with a potential backup opportunity of Oct. 2 under review.

The updated dates represent careful consideration of multiple logistical topics, including the additional value of having more time to prepare for the cryogenic demonstration test, and subsequently more time to prepare for the launch. The dates also allow managers to ensure teams have enough rest and to replenish supplies of cryogenic propellants.

NASA and SpaceX also continue to target no earlier than 12:45 p.m. EDT Monday, Oct. 3, for the launch of the agency’s Crew-5 mission to the International Space Station. Teams are working the upcoming commercial crew launch in parallel to the Artemis I planning and both launch schedules will continue to be assessed over the coming weeks. NASA and SpaceX will review the Artemis I and Crew-5 prelaunch processing milestones to understand any potential impacts. The agency’s Crew-4 return will continue to be planned following a short handover on the space station with Crew-5.

Over the weekend, Artemis I teams completed repair work to the area of a hydrogen leak, reconnecting the ground- and rocket-side plates on the quick disconnect for the liquid hydrogen fuel feed line where two seals were replaced last week. This week, teams will conduct tests at ambient conditions to ensure there is a tight bond between the two plates before testing again during the cryogenic tanking demonstration, and begin preparations for the test. During the demonstration, launch controllers will load supercold liquid oxygen and liquid hydrogen into the core stage and interim cryogenic propulsion stage of the SLS rocket. The demonstration will allow teams to confirm the hydrogen leak has been repaired, evaluate updated propellant loading procedures designed to reduce thermal and pressure-related stress on the system, conduct a kick-start bleed test, and evaluate pre-pressurization procedures.

NASA is continuing to respect the Eastern Range’s process for review of the agency’s request for an extension of the current testing requirement for the flight termination system and is providing additional information and data as needed. In parallel, the agency is continuing preparations for the cryogenic demonstration test and potential launch opportunities, should the request be approved.

Specific times for the potential launch opportunities are as follows:

We recommend you: What Is Gravity?