Psyche: The mysterious asteroid worth 70,000 times more than the world’s economy 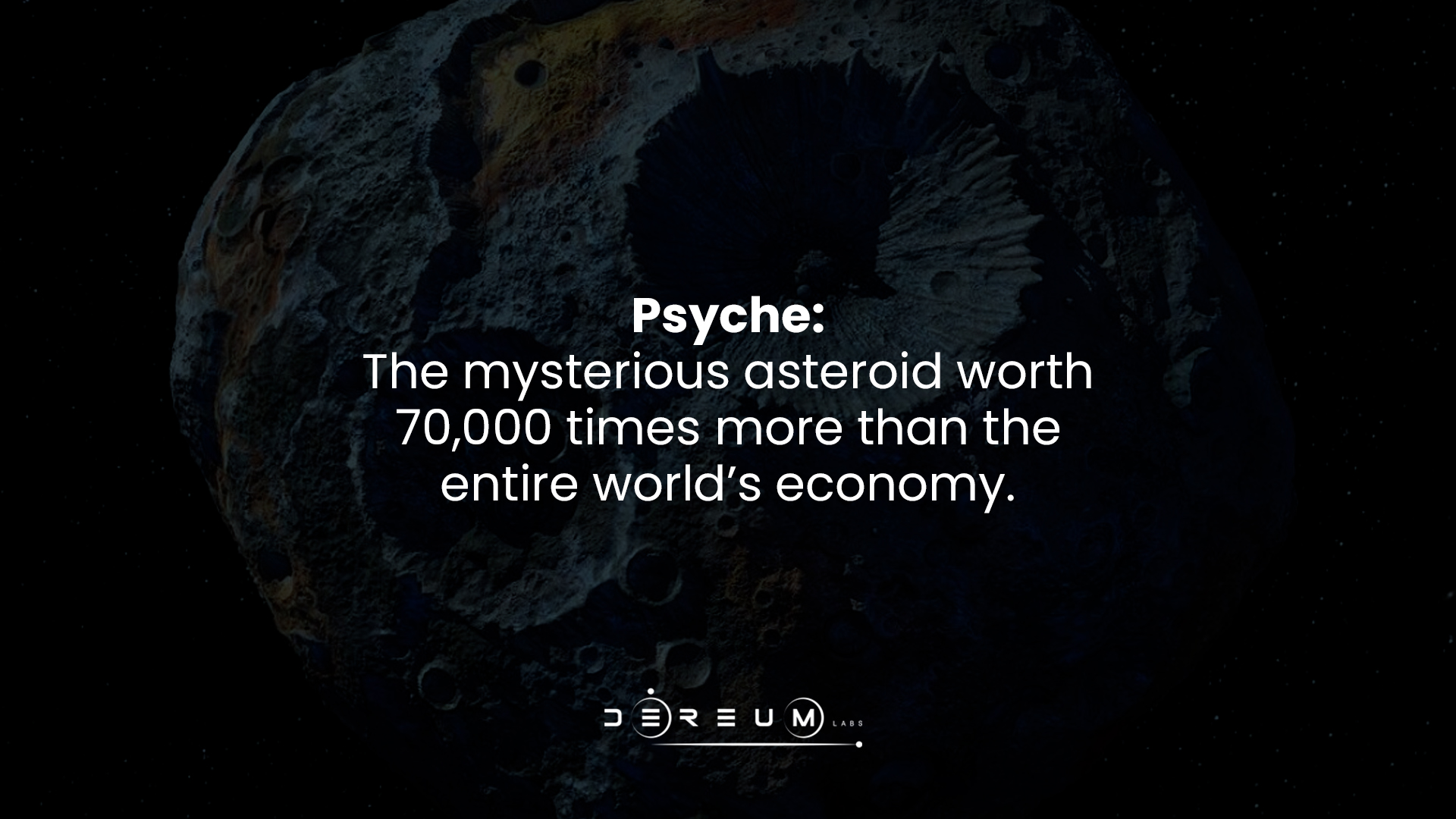 When this 226-kilometer-diameter giant was first observed in 1852, astronomers believed that it could be a malformed planet, which was never properly integrated into a solar system. Then they realized that it was made up almost entirely of metal. Some time later they confirmed that it was an asteroid, and named it Psyche. Today they know that it could be valued at an astronomical figure at least 70,000 times greater than the total value of the global economy.

A couple of years ago, astronomical observation determined that Psyche could be the entire core of a planet that did not finish forming. Hence, they assumed, its almost entirely metallic constitution could be explained. Upon closer analysis, however, NASA astrophysicists determined it was nothing more than a pile of cosmic debris.

According to a study published in the Planetary Science Journal, the asteroid is composed of «82.5% metal, 7% low-iron pyroxene (rock-forming minerals) and 10.5% carbonaceous chondrite.»

However, Psyche’s combination of iron, nickel, platinum and gold gives it a value of about $10,000. To put such a figure into context, about 70,000 times greater than the total value of the global economy.

In order to find more information regarding its origin and composition, NASA plans to launch a mission named after the metallic asteroid: Psyche 16. In this, they will try to get as close as possible to the asteroid, located between Jupiter and Mars.

In the entire history of asteroid discovery, Psyche occupies the number 16 of the observed cosmic objects of this type. It was first located in the nineteenth century, and is estimated to be the size of Slovenia. In contrast, it possesses 1% of the material in the Solar System’s asteroid belt, which expands between Mars and Jupiter.

In addition to being noticeably porous, it reflects sunlight in a different way than other similar celestial bodies. For this reason, it was determined that it is not as metallic as originally believed, with up to 95% estimated composition. However, it will not be until 2026 that its exact density and composition will be determined, when NASA catches up with Psyche.

At the moment, the rate at which the asteroid is valued far exceeds the value that has been given to so many other celestial objects in outer space. From the astronomical point of view, this estimate becomes only a curious detail. The research has a much greater scope and depth.

We recommend you: Space Business: How to do business in space?