How could we live on the Moon? 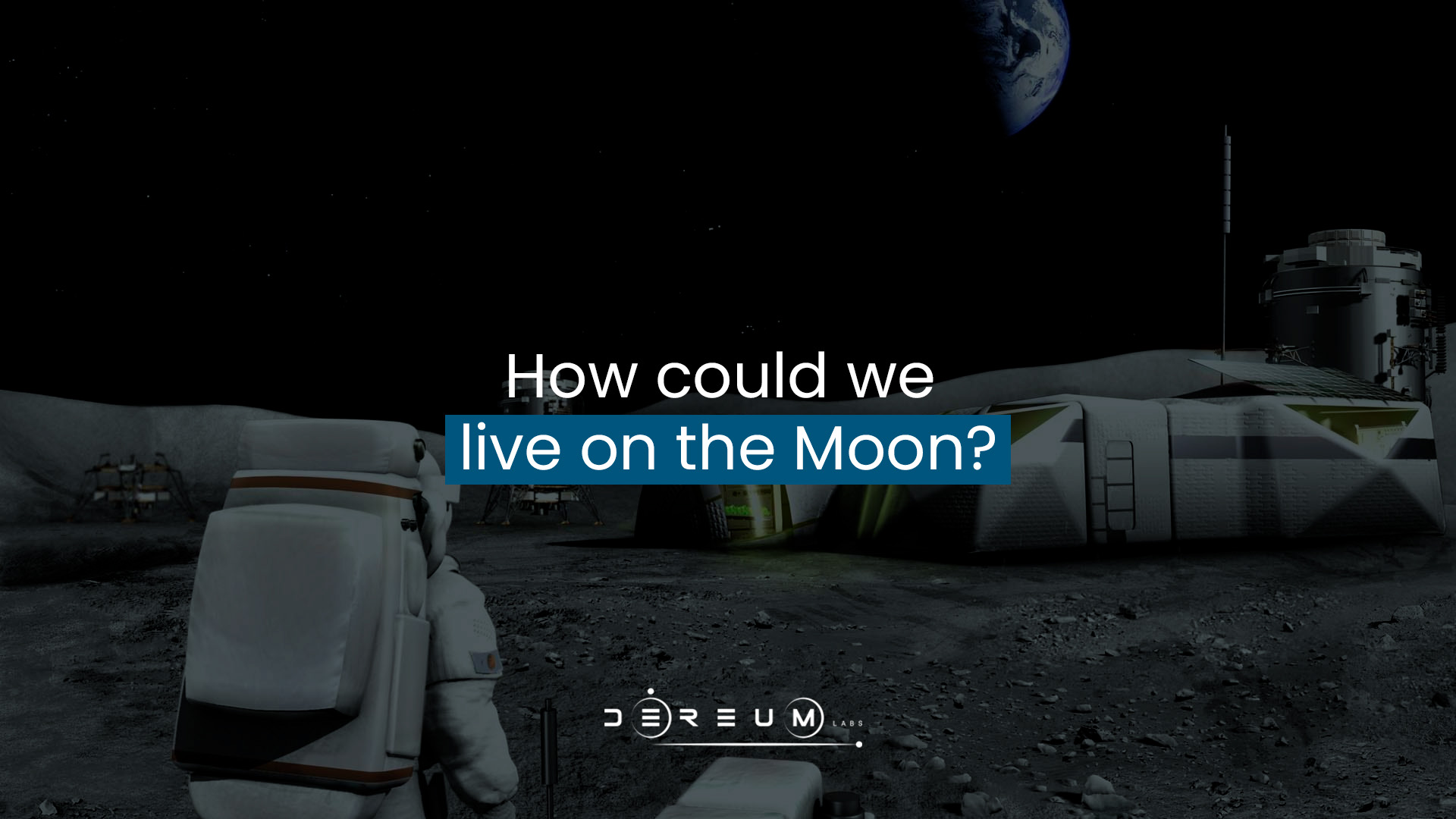 It’s an ideal launchpad for missions to Mars and other worlds. And, for some people, it’s the ultimate tourist destination. But where would we live and how could we survive the Moon’s hostile environment?

Moon fact: Apollo 17 astronauts Eugene Cernan and Harrison Schmitt hold the record for the longest time on the Moon – 75 hours.

Will we ever live on the Moon?

When Apollo 17 returned from the Moon in 1972, few people would have imagined that we would still be waiting for another human to set foot on our cosmic companion nearly 50 years later. In fact, most people at the time thought that by now we would have a human settlement on the Moon. But that dream has stalled.

Sending humans to the Moon comes with huge costs, risks and technological challenges. This is why space agencies have focused on cheaper and safer robotic explorers since the Apollo missions. These orbiters and rovers have uncovered a great deal about the relationship between the Moon and Earth. But if we want to get to the heart of the Moon’s mysteries and if we want to reach out into the rest of the Solar System and wider Universe, we need a Moon base.

Unfortunately, setting up camp on the Moon is much more difficult than sending astronauts there fora few days. Unlike the Apollo astronauts, lunar settlers wouldn’t be able to carry all their rations and resources on their rocket. It would be too heavy. Instead, they would have to make much of what they would need to survive out of the extra-terrestrial resources to hand. Unfortunately, these resources are pretty barren. But with ingenuity, they can be transformed into almost everything a human needs.

The first task is making breathable air. Surprisingly, this is fairly easy, as the lunar soil is 42% oxygen. Using heat and electricity, this oxygen can be harvested by robots. Already, NASA has developed and field tested prototype robots on Earth capable of fulfilling this role.

Any survival training expert will tell you that water is next on the list. Water is 2/3 hydrogen and 1/3 oxygen. The harvested oxygen offers plenty of the first ingredient. Sourcing the second ingredient is more difficult. At present, the only option would be to send regular supply ships filled with liquid hydrogen, and then mix them together. A better solution would be if we could find water on the Moon. Though the Moon has no liquid water, in 2018 NASA confirmed it does exist on the surface in ice form. Rovers could find, drill and gather this ice.

Settlers would use this water for drinking, and extract the hydrogen and oxygen for rocket fuel. And they would also save some for another key element of survival – growing food. Yet this brings up another problem: can plants grow on the Moon? Unable to bring tonnes of rich, fertile Earth soil with them, the only option would be to use the lunar soil. This soil is like dusty, very fine sand that would rapidly erode away from a plant’s roots. It also contains lots of toxic metals and other compounds harmful to plant growth.

However, experiments here on Earth with soil that mimics lunar dirt have shown promise. Adding human manure to the soil binds the toxic metals and compounds, adds nutrients and helps retain water. The only elements Moon settlers would need to bring from Earth are seeds and earthworms. These worms recycle organic matter and improve soil structure, making them pivotal in creating a sustainable lunar agricultural ecosystem.

Beyond the basic requirements of a sustainable supply of air, water and food, settlers would also need to consider a long-term power supply and permanent shelter. Fortunately, the lunar soil comes to the rescue again for both. It contains almost all the materials needed to build solar panels – a limitless and sustainable source of energy.

With no clouds limiting efficiency, the only problem with using solar power on the Moon is surviving the 354-hour lunar night. Solar batteries can store this energy but are far too bulky to be brought from Earth on a rocket. This is why selecting a high point of one of the Moon’s poles has been suggested as a potential base. There, the base could enjoy permanent sunlight (except rare and short lunar eclipses) and therefore power. It would also happen to be where the Moon’s ice is located.

When the settlers arrive, shelter would likely come in the form of inflatable or expandable structures they brought with them. Inflatables are lighter, less bulky and would provide more room than rigid structures. But they would also need to protect the occupants from space radiation, particularly galactic cosmic rays that can damage electronics and DNA.

The best way to counter these energetic particles is to build a shield made of particles that are a similar size. Surprisingly, this means hydrogen is a better option than steel or lead. Engineers are exploring wrapping the habitats in a hydrogen-rich water or plastic jacket, or making the inflatable structures and spacesuits out of hydrogenated nanotubes.

A simpler alternative is, you guessed it, lunar soil. Though it’s not full of hydrogen, a thick layer would provide plenty of shielding from cosmic rays. European scientists have developed a technique to 3D print bricks from lunar soil, powered solely by the Sun. Their vision is to make an igloo out of these bricks and cover it with loose soil. The igloo would surround the inflatable habitat – not only protecting against space radiation, but also the constant bombardment of micro-meteorites that the lunar surface experiences.