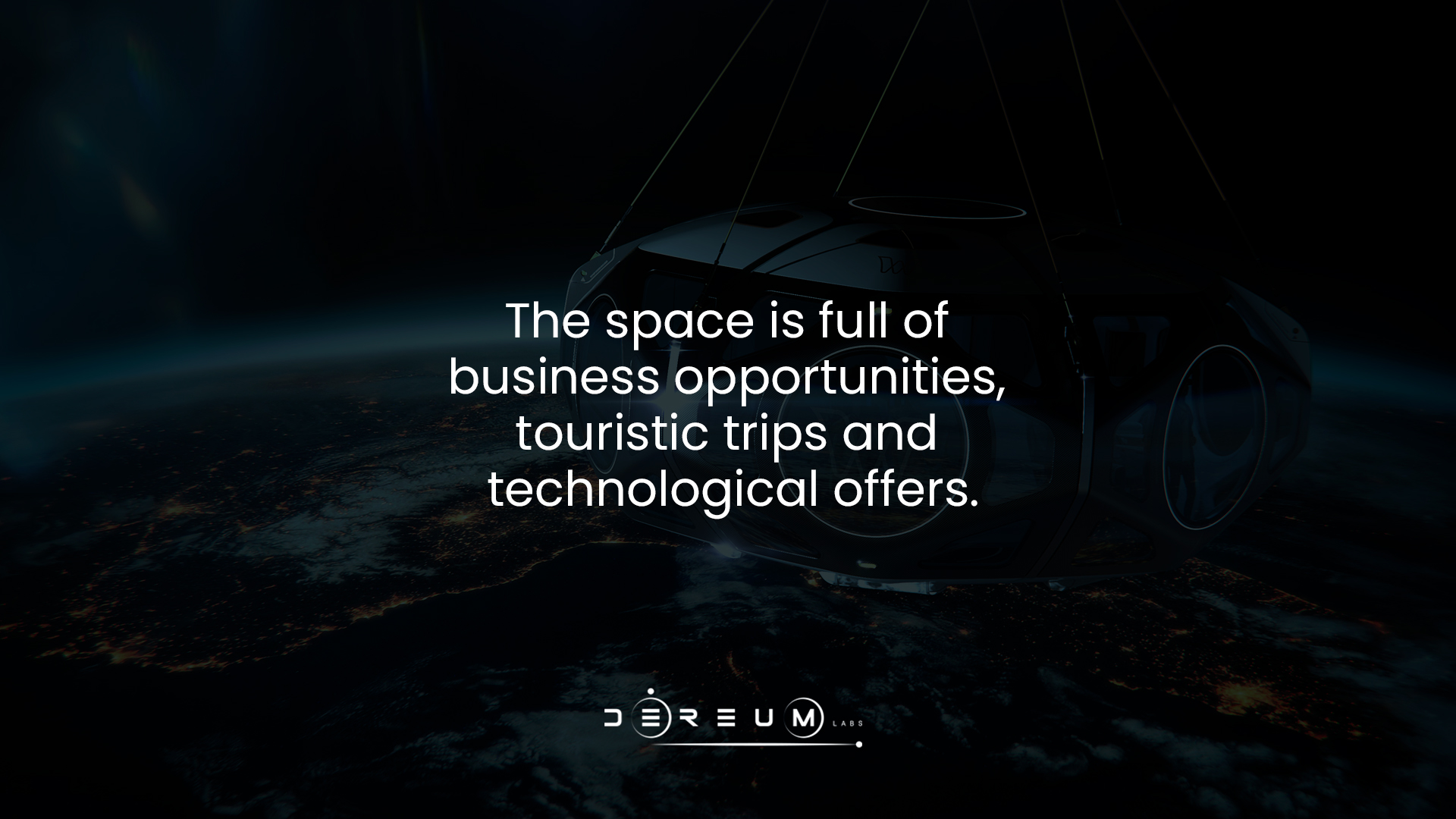 The great aerospace and technological capitals make their way into the universe, now uninhabited, but soon fluid of tourist flights and new options. There are so many start-ups interested in bringing outer space to life with ingenious opportunities, that it will be necessary to organize not only the agendas but regulate the traffic outside the Earth.

James McKenzie is the author of Physics World’s «Transactions» column and vice president of business at the Institute of Physics from 2016 to 2020. In his latest article he offers a range of alternatives that are at stake today and that are fascinating and credible?

«Come on, admit it,» McKenzie begins, «Who secretly wouldn’t want to go into space? The lure of leaving our earthly shackles has certainly proven powerful. For Amazon founder Jeff Bezos and Star Trek actor William Shatner, who flew into space last year aboard a Blue Origin ship. Richard Branson also took off on a Virgin Galactic test flight in 2021. But space tourism could soon be open to more than just billionaires. In fact, the market is expected to grow from $886 million in 2020 to $2.5 billion in 2027, according to Marketwatch.

Space is full of opportunities

As an example of those opportunities in space, McKenzie says that in the United Kingdom there are already five «spaceports», including one near Newquay in Cornwall, off the Atlantic coast. Spaceport Cornwall expects to host regular Virgin Orbit launches from early 2022 and estimates it to be the UK’s only «horizontal spaceport». This means that planes carrying rockets can take off and land. So far, Virgin has sold about 100 seats at $450,000 each and has about 700 reserves.

But space tourism is only a small part of the broader commercial space market, which Morgan Stanley estimates could generate revenue of $1 trillion or more by 2040. The most important short- and medium-term opportunities in space, he said, are likely to come from satellites. Offering broadband Internet access connecting the most remote places on the planet. In fact, the global satellite Internet market, which was worth $2930 million in 2020, is projected to increase to $18.59 billion by 2030.

Established providers, such as HughesNet and Viasat, currently use some large, high-throughput satellites in large orbits. In the case of Viasat, it is launching three new 6.4-ton satellites into geostationary equatorial orbit 36,000 km above Earth.

Offering tens of megabit connectivity, the satellites will give users internet access for as little as $100 per month. However, other companies, notably SpaceX with its Starlink system, are focusing on putting many smaller and cheaper satellites into space. Weighing just 260 kg each, they will fly in very low Earth orbit at altitudes of about 550 km.

Ideas, capital and opportunities in space

McKenzie in his article «Space for all: here are some of the huge commercial opportunities away from Earth», details that Starlink will have a very low «latency». The time between starting to do something on the Internet and receiving a response, only 45 ms. That will make it ideal for calling, gaming and streaming, with Starlink’s latency not far behind fixed broadband (14ms) and much better than Viasat (630ms) and HughestNet (724ms). Starlink will also be faster, with some users already reporting download speeds of 400 MB.

Most importantly, however, Starlink may be cheaper, in part because the company can launch up to 60 of its satellites at once. SpaceX has already launched 1584 Starlink satellites to provide near-global service and the company has approval from U.S. authorities to launch 12,000, with the ultimate goal of 30,000. OneWeb, another U.S. competitor, has so far launched 358 and will achieve global coverage using 648 satellites by the end of 2022.

I also see a lot of performance with CubeSats, a shoebox-sized ship initially invented as an educational tool for students. Faster and cheaper to build than conventional satellites, there are already thousands of CubeSats orbiting Earth. Sent by universities, governments and startups, they do everything from monitoring deforestation to tracking endangered animals with radio tags. They usually last no more than five years and burn out when they finish.

Japanese firm Astroscale has even used them in tests to capture space junk, releasing and trapping a CubeSat using a magnetic system. Space is full of opportunities.

McKenzie, in his analysis, observes a lot of performance with CubeSats. A ship the size of a shoebox initially invented as an educational tool for students.

Of course, there is an environmental cost to space, as most launches rely on fossil fuels. However, great strides are being made. Bezos’ Blue Origin rockets already run on a mixture of liquid hydrogen and liquid oxygen, which emit little to no carbon dioxide when burned.

Scottish firm Orbex, meanwhile, is developing a reusable orbital rocket called Prime. Powered by ultra-low carbon biofuel, it will have 86% fewer emissions than a fossil fuel rocket. Orbex is also committed to offsetting all emissions from ground and rocket operations, ensuring that each launch is carbon neutral. The spacecraft will take off for the first time from northern Scotland later this year.

SpinLaunch, a Californian company that is developing a vacuum-sealed centrifuge to spin a rocket. And then launch it into space, it’s taking another interesting approach. Last November, it successfully carried out the first launch of its proof-of-concept system, which it claims would ultimately need a quarter of the fuel of a conventional ship. And it would cost only a tenth of the price of a standard rocket launch.

There are many capitals, ideas and opportunities that open up in space, outside the shackles of the Earth.

Looking for space in space

One of the problems with the space sector, McKenzie says, is the lack of clear agreement among nations on who can do what. And to ensure that there really is some space in the space, in addition to multiple opportunities.

We urgently need to develop a sensible global framework for managing space traffic and addressing space debris. Since even a small amount of debris could destroy an entire satellite, who would want to launch a craft if the payload is likely to be destroyed?

Aside from that problem, it’s certainly a boom time for the space sector. The UK, for example, recently celebrated the 100th startup joining the European Space Agency’s UK business incubation centre, which claims to be the world’s largest space innovation network for start-ups. And while Elon Musk’s promise of settlements on Mars by 2050 may seem a bit optimistic, don’t underestimate the commercial potential of space closer to home.

If you have questions and are curious or interested in discovering how your company or industry could take advantage of the opportunities that the space offers us, do not hesitate to contact us, send us an email to spaceisbusiness@dereum.mx